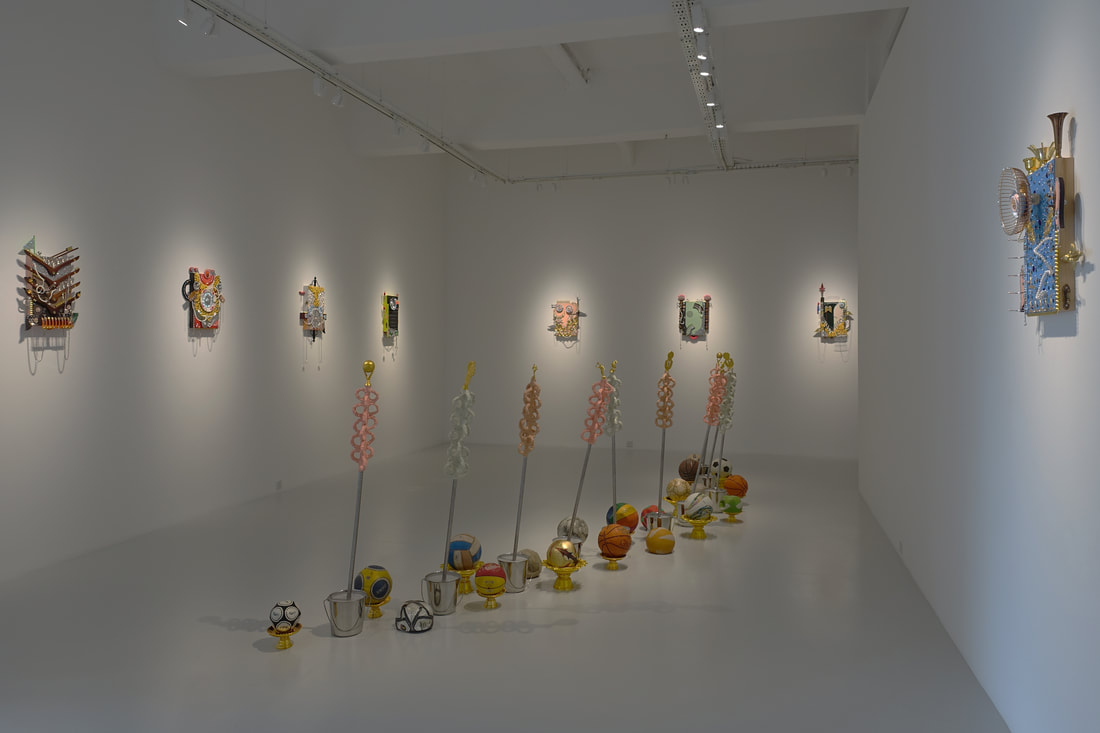 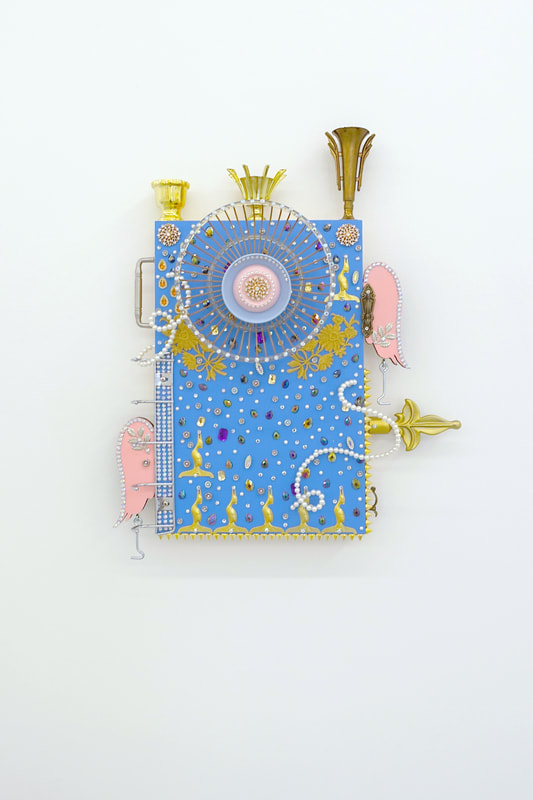 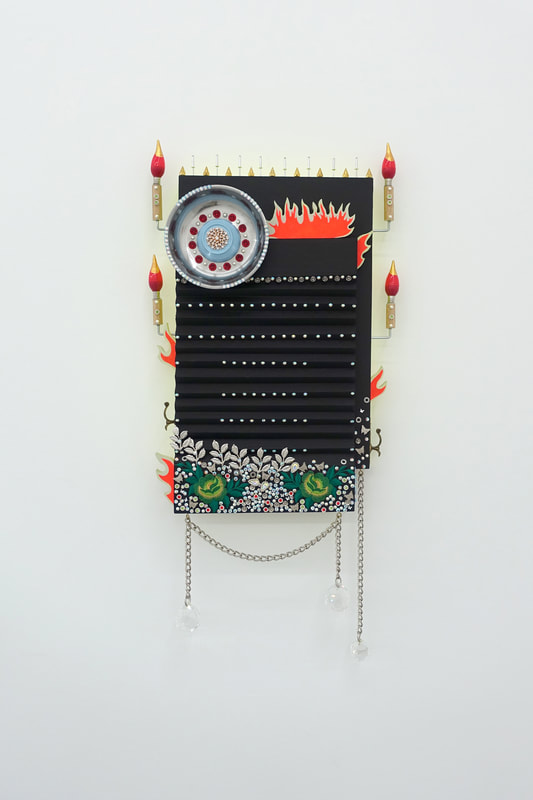 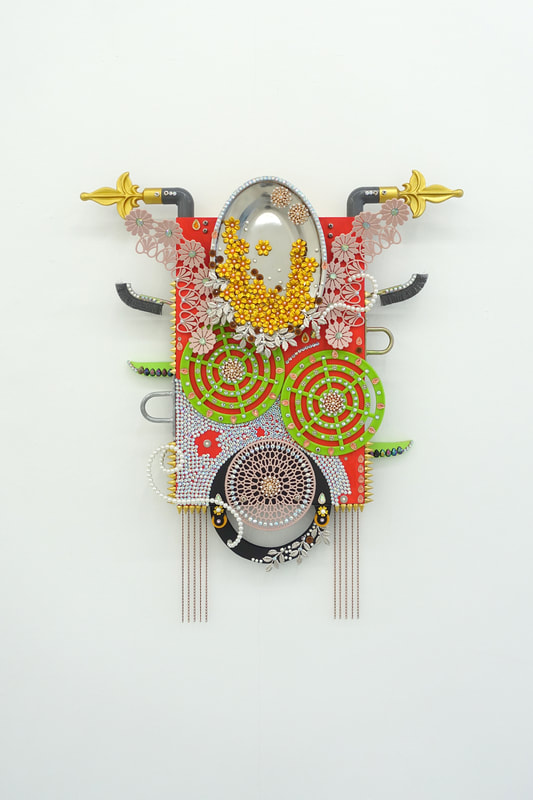 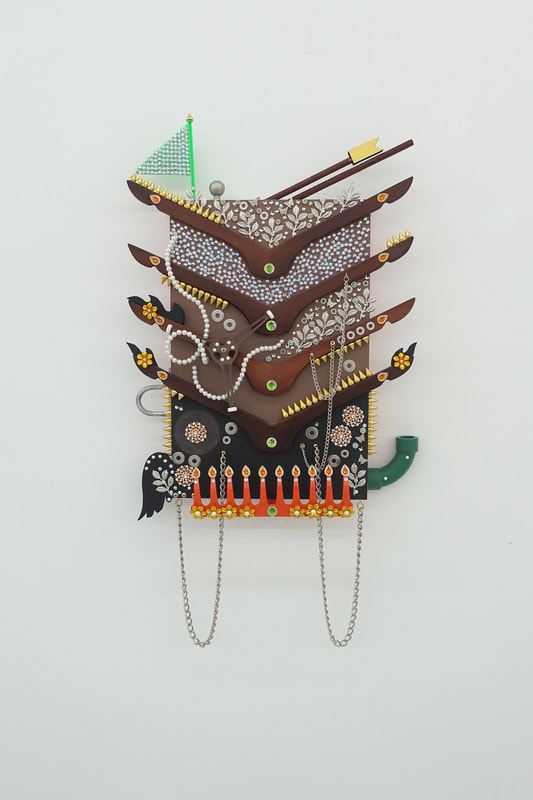 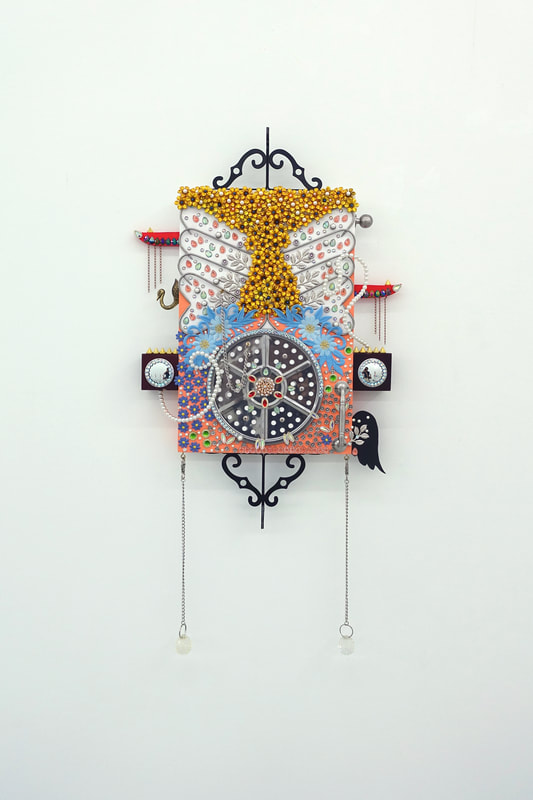 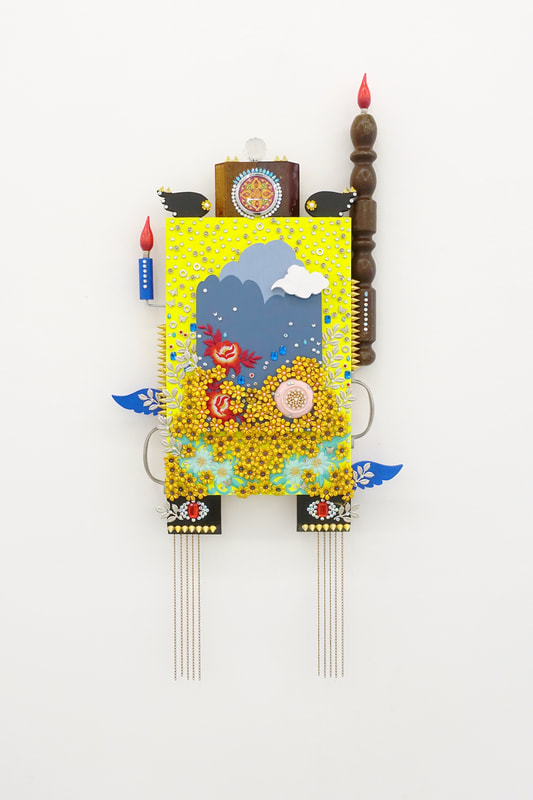 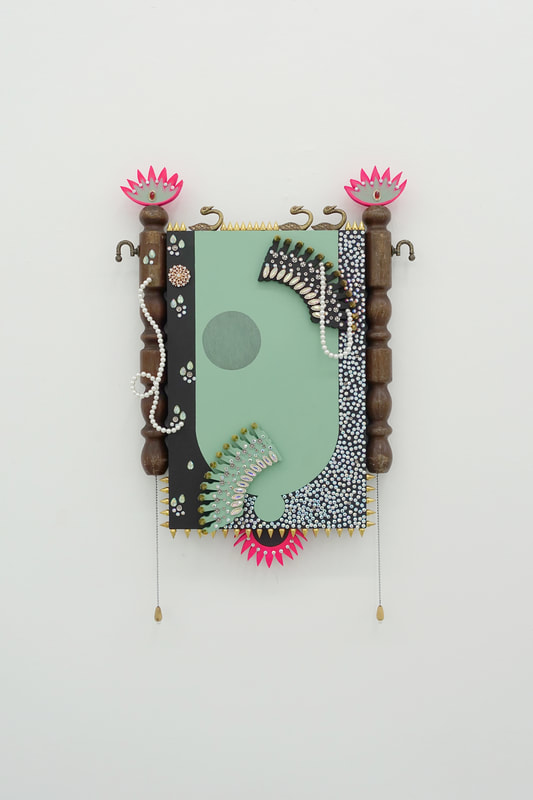 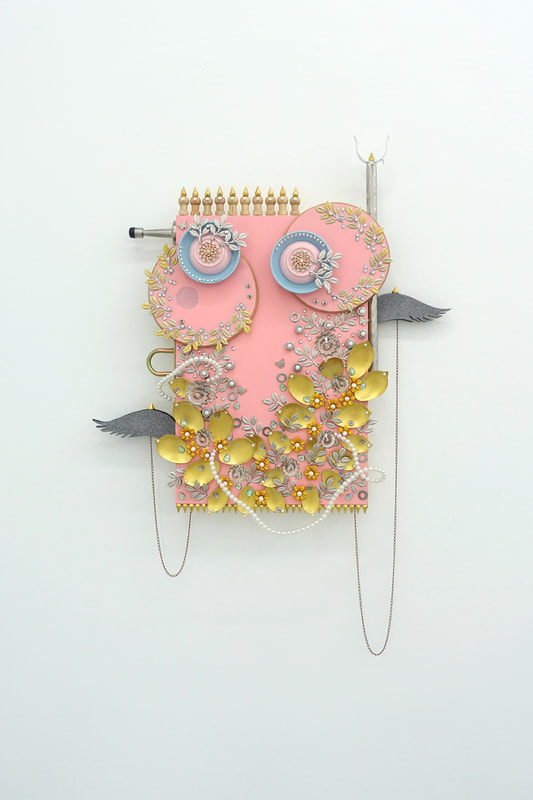 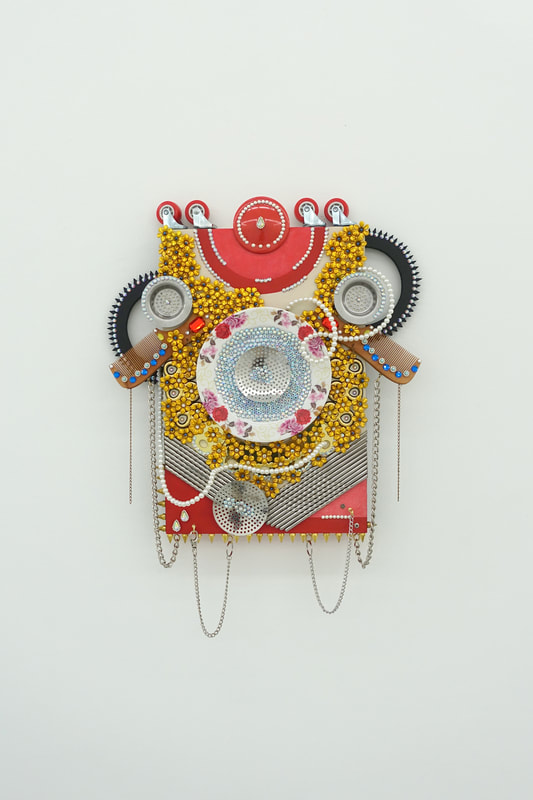 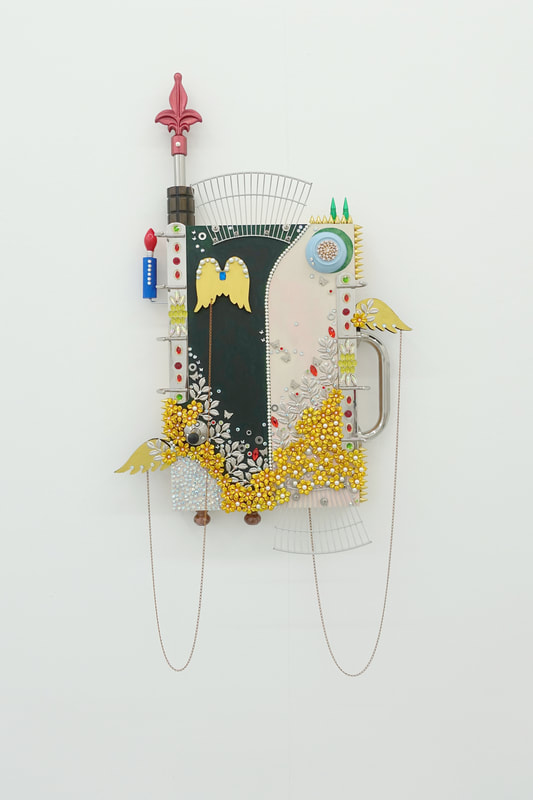 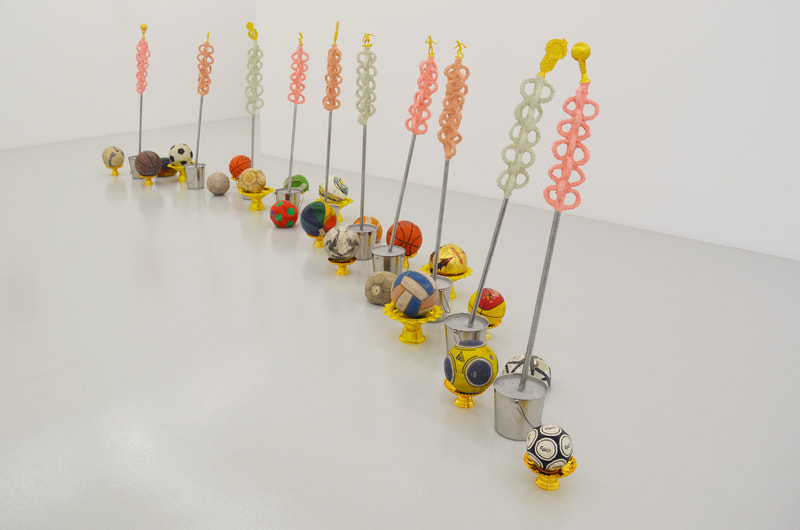 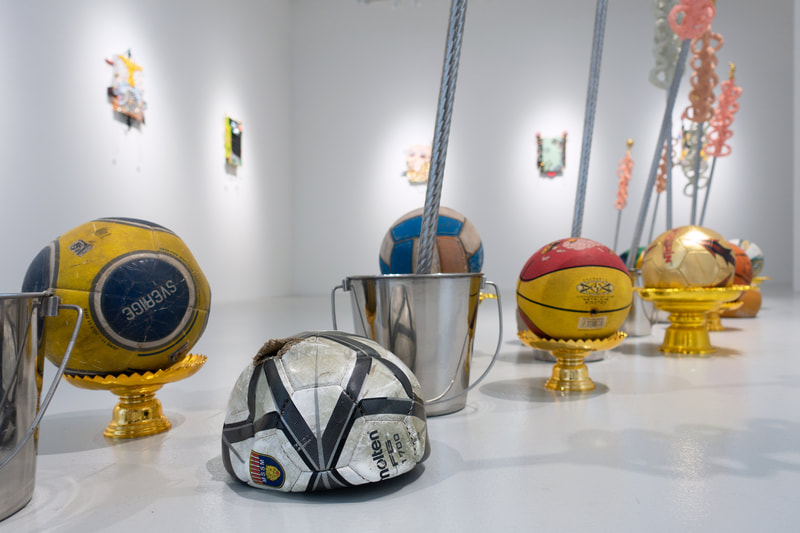 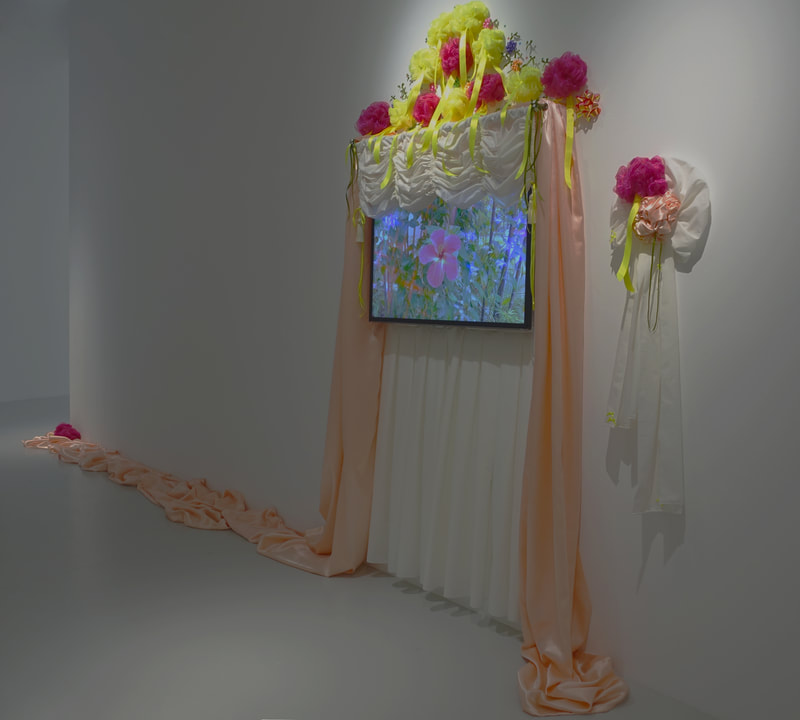 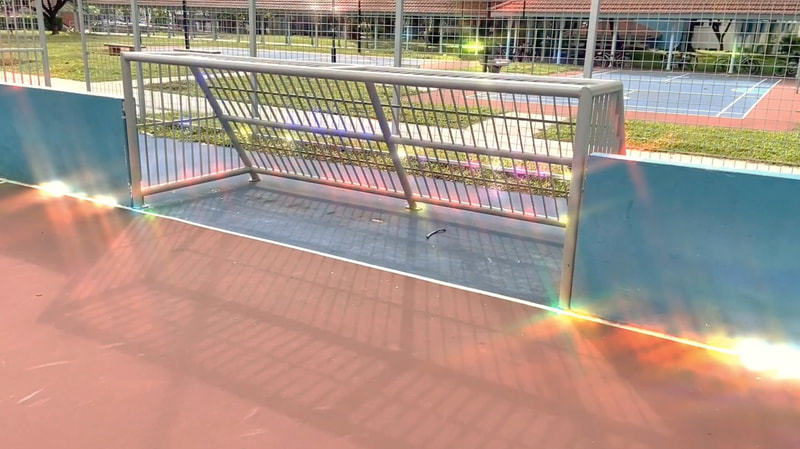 ​Extending on his recent explorations with objects and communities presented at the  Singapore Biennale 2019, Gathering of Flocks presents a new body of assemblages influenced by his daily observations of his everyday urban landscape. In this iteration, Khairullah’s neighbourhood in Singapore comes into focus. In navigating these domestic, quotidian spaces since relocating to the area in late 2018, the artist has kindled unspoken relationships and developed a new familiarity with his neighbours. In doing so, he inevitably reveals fragments of their private lives and social demographics. Commonplace objects lining the corridors of his building, including altars and potted plants, act as uncanny gatekeepers of each respective housing unit. Gathering of Flocks sees the artist play with these silhouettes through the assemblage of familiar household items such as furniture parts, laundry pegs and kitchenware. These garish and flamboyant ‘almost-altars’ reveal an array of forms and materials that have been selectively chosen, manipulated, and reconfigured with the deliberate intention to evoke both a sense of congruence and opulence. The very act of beautifying and transforming these everyday objects also points at the strategic means in which other possibilities to thrive and flourish are carved out and made possible within the fabric of our daily lives.